The exercise as that we take at least half a day to perform historical research on the local area and produce a list of research points. It also asks how this research could be used to produce some scenes of the local landscape linking it to the local history.

The Local History of Haddington

The county of East Lothian has for centuries been an area of dispute between different factions; it has been fought over, captured and defended by armies from many different countries and factions.

Splitting down the history into sections of East Lothian has meant that I have been able to distil different historical, political, industrial and social events down into bullet points.

In no historical order.

Using the local library online services and the online databases of the John Grey Centre I was able to refine my search to the locale of Haddington. I found quite a few smaller events, but decided on one event which is understood by some of the residents but not all; this event is the siege of Haddington which happened as part of the rough wooing. A period of turmoil where political alliances were being made through marriage; Henry VIII wanted to align Scotland and England through the marriage to his son Edward II to Mary I of Scotland, to force the situation in his favour Henry VIII attacked Scotland in an attempt to break the “Auld Alliance” with France.

After a number of bloody battles, including the disastrous battle of Pinkie, much of Southern Scotland was under occupation by English Forces. Scottish forces won and then lost Haddington to Francis Talbot, 5th Earl of Shrewsbury. During the successful defence of Haddington, the English commander Sir James Wilford had a number of earthwork platforms created as positions form his cannons. 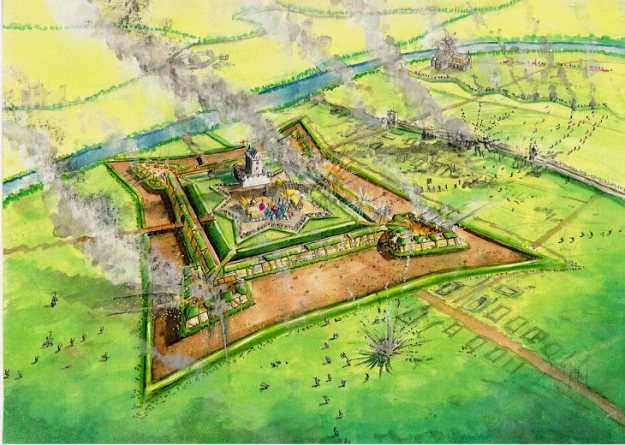 After the siege ended, a number of the earthworks were felled, and the rest left to history. Many were lost in the following expansion of Haddington through the 18th, 19th and 20th century, but it appears as part of my research I may have found one of the last cannon platforms in a field not far from where I reside.

I have started to verify the locations using the old documents as well as the against the archaeological records from the John Grey centre and then visit the locale and photograph it.

The rest of the area of old Haddington can still be found in the seams of the new town. Currently, there are only two photographs regarding the siege and neither cover the actual area. Using the map contained within the book ‘Feat of Arms, The siege of Haddington’  (Unwin.G pp40) I have started plan to scout out the landscape both within the original town boundaries as per the barricades and the outlining areas where not only the cannons were located but also plotting and examining the locations, shown in this image where the fortification plan is overlain the area of the town as mapped in around 1590 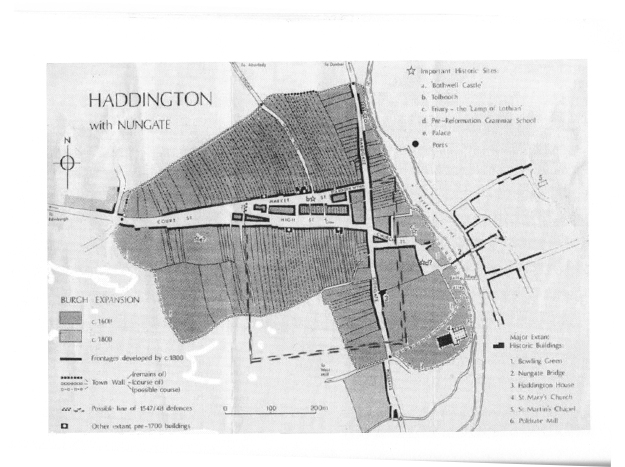 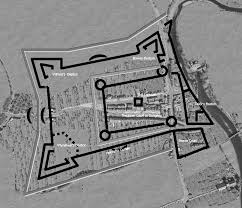 The route should take me around the church which has stone scars from the battles and past the west side of the town where the Highlanders were repelled and their encampment where they laid siege to the town for just over a year until the siege ended and the English withdrew to Berwick Upon Tweed.

I want to be able to capture not only the town within the town by showing how the landscape has been moulded by man and which has removed a number of historic developments and events from said landscape.